On the occasion of the Romanian Language Day, President Klaus Iohannis decorated on 30 August 2018 several personalities and institutions from abroad for their efforts in preserving the language. Eliza van Peppen, teacher at Romanian School Amsterdam, was awarded the Order of Cultural Merit, in the rank of Knight, for the promotion and preservation of education in the Romanian language. Alongside Eliza (Elena), teachers from Romanian schools in The Hague, Schiedam and Eindhoven. Congratulations to all and good luck in the new school year! 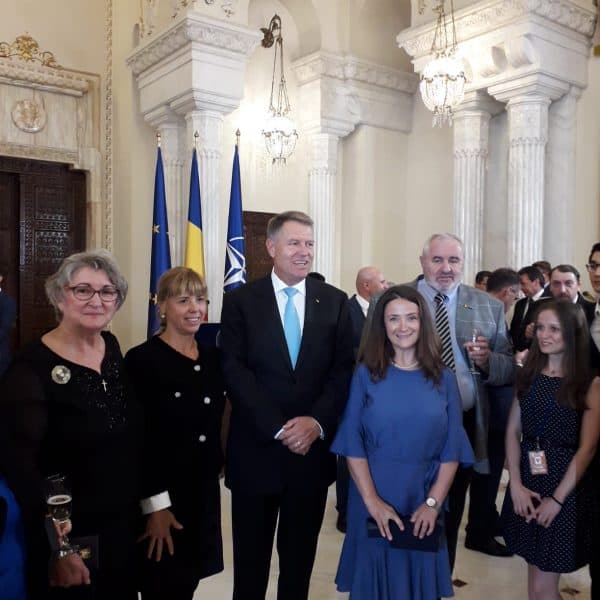 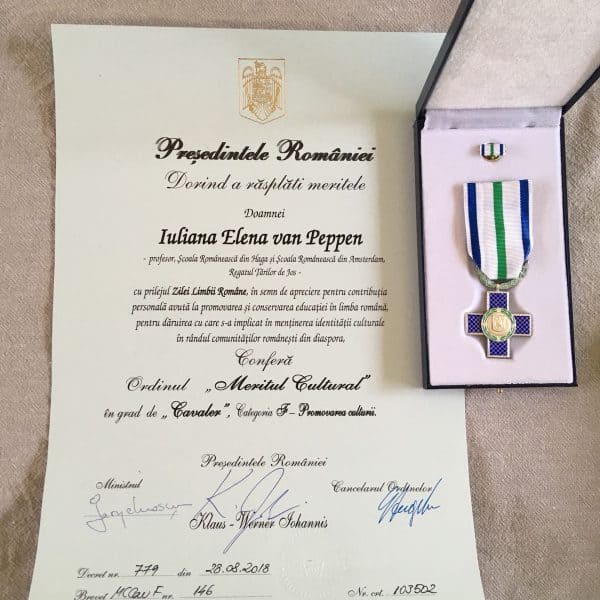 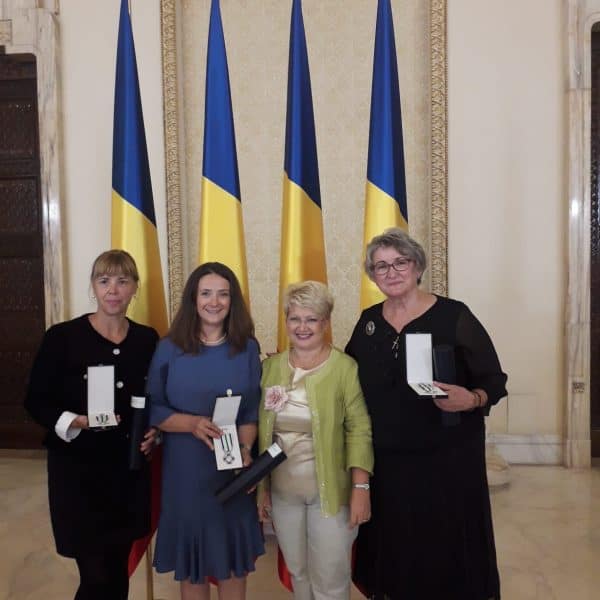 "In the year in which we celebrate the Centenary, the Day of the Romanian Language, which we officially celebrate on 31 August, has a special emotional charge. The Romanian language was one of the pillars on which the achievement of the Great Union was based and it remains the cultural and spiritual bond that links us to Romania, wherever we are, in the country or abroad. Emil Cioran used to say that we, and I quote, 'do not live in a country, but in a language', rightly believing that language is the true homeland of every man. Today, I wanted to highlight once again the merits of those individuals and institutions who have made significant efforts to keep the Romanian language alive abroad", said the President at the ceremony.

Addressing the teachers, Iohannis added: "You are the ones who instil in the young generations the love of country, preserving, through language, the essential link with Romania. At the same time, thanks to you, foreign citizens have access to our language and culture. Teaching and learning Romanian, as a mother tongue or as a foreign language, are the main tools for transmitting Romanian identity and values. I congratulate you all for the opportunities you create for Romanians abroad, by organising regular meetings, which have become an important and appreciated part of life in Romanian communities abroad."

And the President is quite right in saying this, as Eliza's dream was to set up the school in Amsterdam, a centre where "to guide children, to discover and encourage their taste for the richness of the Romanian language and culture, to develop their sense of belonging to it, while not forgetting the Dutch environment and culture in which we live". For an interview with Eliza van Peppen read here.