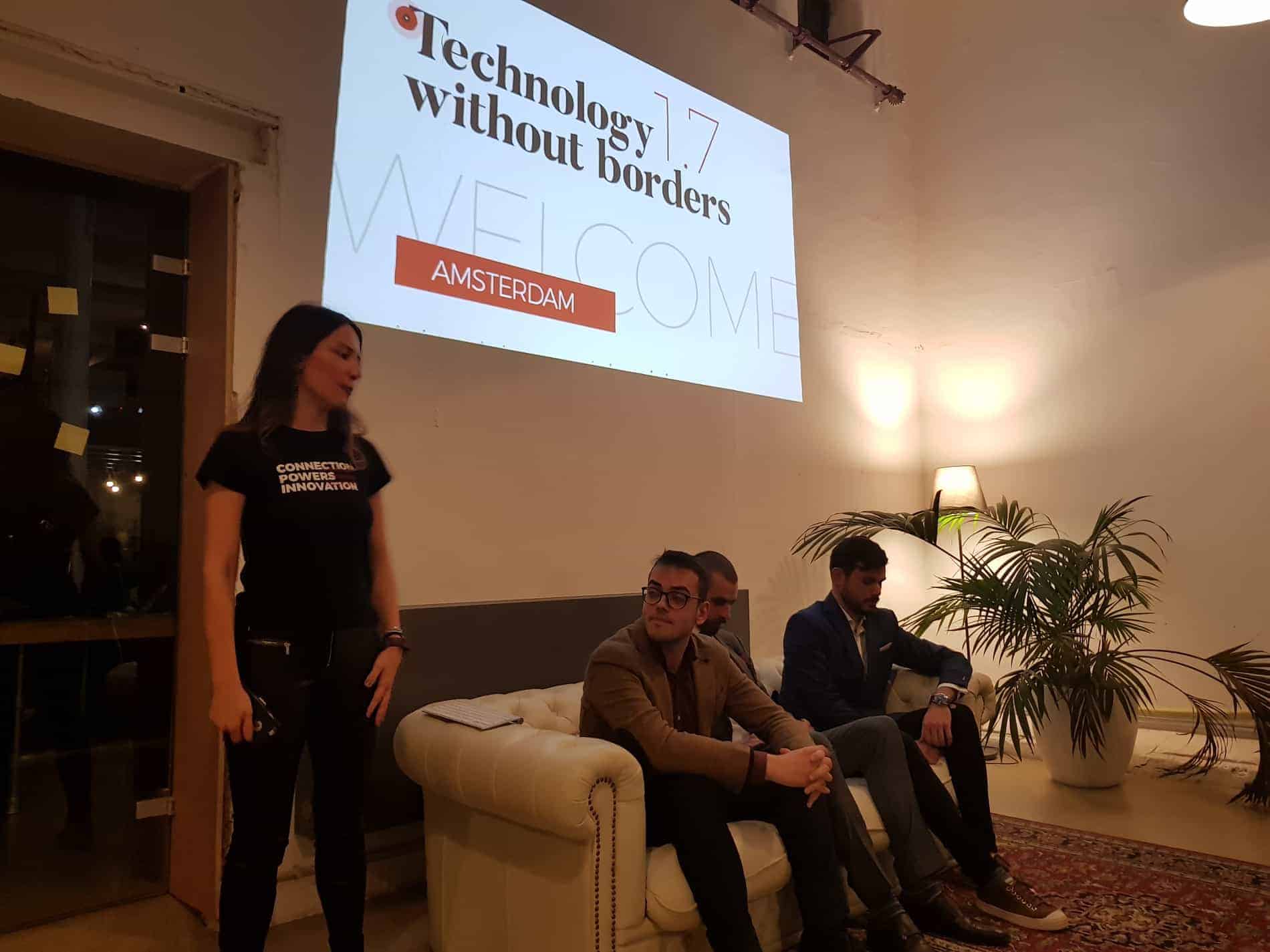 Romanian IT now has a centre in Amsterdam

On Tuesday 31 October, the launch in Amsterdam of Romanian IT, the Romanian IT community. The Netherlands thus joins the other ten centres already opened in Romania, France, UK, USA, Germany, Austria and Portugal.

Oana Bouraoui, co-founder of the community, presented the event. Joining her were the two Romanian IT ambassadors of the Amsterdam centre:  Johann Stan and Irina Damascan.

Romanian IT is the global community of Romanians in technology and is made up of over 1,500 students, professionals and entrepreneurs in over 20 countries.

The theme of the event was networking and the impact of a good network when developing a business or starting social projects. We met at The Thinking Hub, and after the presentations and question sessions, the participants were left to put theory into practice, with snacks and good beer. 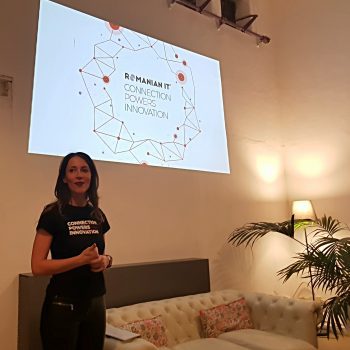 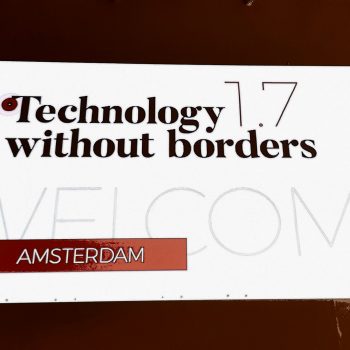 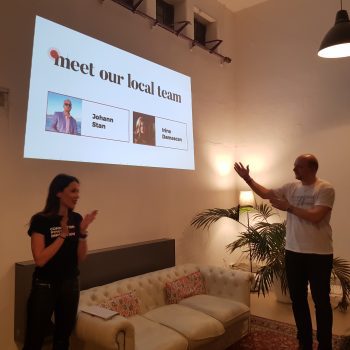 Teodor talked about Restart's beginnings and going to business school. He later realized that in order to start a project, you also need to know how to code, so he enrolled in programming classes and then went on to start Restart Network. Teodor said he learns a lot by reading. 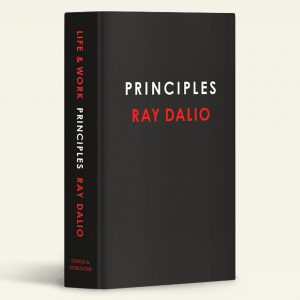 But Teodor also accumulates knowledge by networking, approaching people in his field on LinkedIn and suggesting a coffee date to discuss ideas or to get their views on different issues. Basically, in the Netherlands, people are open to proposals and so those approached on LinkedIn often accept the invitation and sometimes want to communicate by email.

Andrei he told us his story and the learning processes he went through: not being cut out for "organized" education, he started after a while to enroll in different courses (35 in number), and for five years he learned everything. What was missing, however, was a network of knowledge.

You can have the best idea in the world, experiment and try as many things as you like, but it's best to have a network to talk to and to have people to argue with.

It was from such people that Andrei learned the most. His view of the world of technology and Romanian IT is that you have to step out of your comfort zone for magic to happen.

Adrian has started two businesses so far, and Dashmote is the project he is currently working on. He told us that the team he works with is actually the product of an accelerated networking and mentoring program in the United States. The program, in which you were supposed to tap into your network of acquaintances and ask questions, connected over 2,000 people around the world. This was the distinguishing factor and the reason their business grew. It all happened because they had the right people to mentor them. Therefore, the main reason for their success was mentoring and networking. 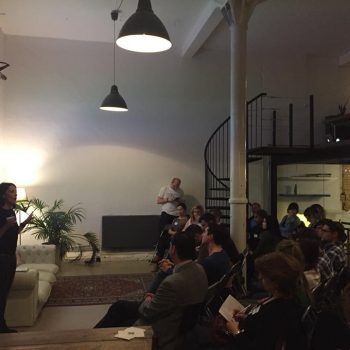 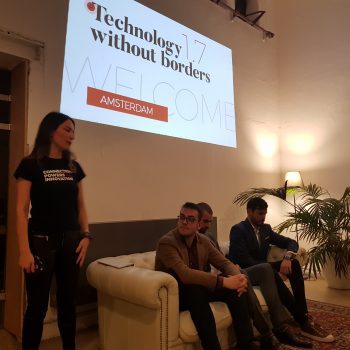 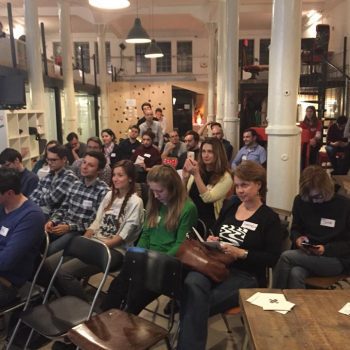 If you are interested in the Amsterdam tech community, you can become a member on platform Romanian IT. Access is free of charge. The platform makes it easy to interact with different people in your industry or region. In early 2018 the platform will be relaunched, with more interactive features and other options, and all those who sign up by then will be automatically redirected to the new version.

The community is there to offer ideas, assistance and advice. You can get involved as much or as little as you like and participate in events, and if you have questions or ideas to implement in your local Amsterdam centre, you can always get in touch with Johann or Irina.

I loved the event and I'm sure, like me, many of the participants left inspired!

After Tuesday's launch event, I believe that the local Romanian IT centre in Amsterdam has the potential to become one of the strongest local centres in the whole community. This is due to the large number of Romanians that make up the IT diaspora here and the strong orientation towards technology and innovation that I have had the pleasure to observe in Amsterdam.
Oana Boudaroui 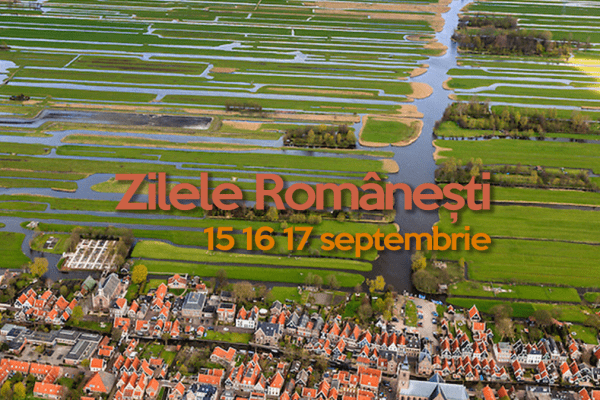 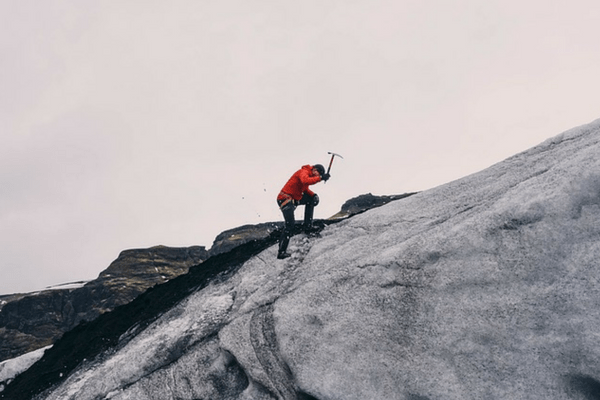 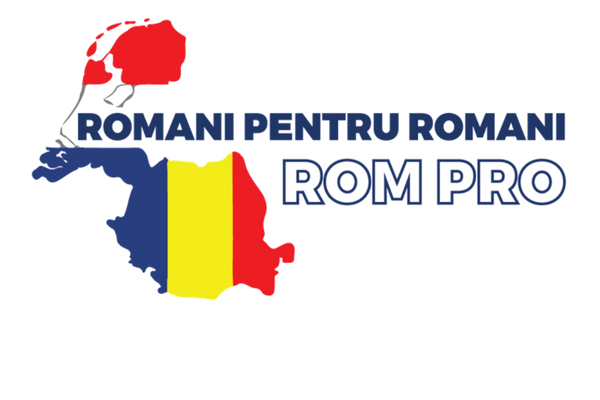