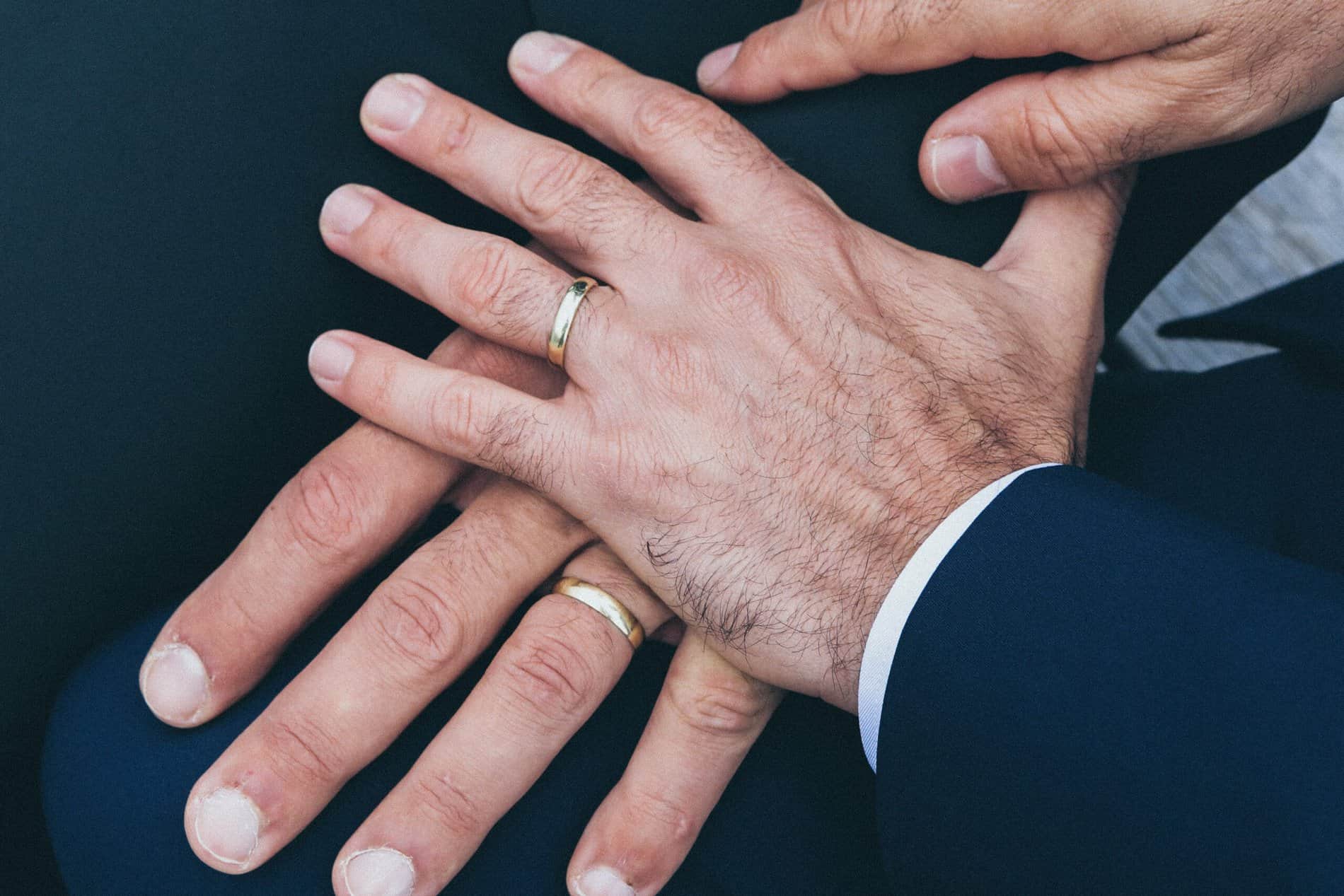 This is my son's husband

I have a Romanian mother, the kind that holds you to her chest until you cry. The kind that, in my childhood, used to shout to you in the evening from the kitchen window to come quickly into the house before she came for you. Together with my father she managed the incredible feat, from my perspective today, of surviving communism on just two workers' salaries in a metal factory. Together they put three children through school and college without bribes or other ethical compromises.

I had to break her heart when I revealed that I was in a relationship with a boy. I was 19 at the time. Her words: "you are my child and I will love you to death. I don't care what the neighbors or the world says. But my heart is broken because you will grow old without support in this bitter and hard world. And most of all: because I won't have grandchildren from you."

Years and years later, I called her on the phone one Sunday afternoon to ask for advice: two friends, a lesbian couple, had asked me if I wanted to be the father of their child. What should I do? "Well what, what to do? Obviously YES! What a joy!". Double joy a few months later when she found out she was going to have not one but two grandchildren: the ultrasound revealed twin boys.

Through numerous visits from grandparents in Romania in the years that followed, the mother gained more and more confidence that her baby could be happy. She had also met Laurens, and was delighted when she learned of our plans to marry in 2017. Her first reaction: "I need a new dress!"

I will never forget our first trip to Romania as newlyweds. We arrived on Sunday morning, and my mother was still at church, where she sang soprano in the church choir. We decided to surprise her and wait for her on the way out. She saw us from a distance and without a flinch, she grabbed the hands of two of her choir friends and headed straight for us. In a full and proud voice she said, "Look, here's Ionel! And Laurens! This is my son's husband!"

Ioan Nemeș has lived in the Netherlands since 2000. He works for an international non-governmental organisation based in The Hague. Ioan is part of the team organising the Rompro boat at the Amsterdam Canal Parade 2022. More details about the Rompro boat, including the entry form here.

How nice it would be if we respected and accepted ourselves for being who we are, a human being. I really appreciate those who have the courage to be themselves. Congratulations John for this little story. I wish you well.